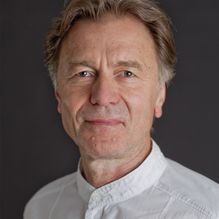 Born in Prague in 1950, Ivan Liška trained at the Prague Conservatory. After graduation in 1969, he emigrated to dance with the Ballett der Deutschen Oper am Rhein in Düsseldorf, Germany.

From 1974 to 1977 he was a Soloist with the Ballet of the Bavarian State Opera in Munich (Staatsballett since 1989) and then went to become Principal Dancer with the Hamburg Ballet where he danced many leading roles in John Neumeier's creations - as well as in works by Jerome Robbins, Murray Louis, John Cranko, Hans van Manen, Lar Lubovitch, Maurice Béjart, Antony Tudor, George Balanchine and Jíři Kylián. As a guest dancer, he danced with Natalia Makarova, Marcia Haydée. He also won the Plissetskaja-Competition award as 'best partner in dance'.

In 1997, Liška became the director of the Bayerisches Staatsballett in Munich. Until 2016, he has not only increased the number of classical recreations of the St. Petersburg-Era with ballets after Marius Petipa, he has also initiated various contemporary creations: <Emma B> <Le Sacre du printemps> <The Silver Rose>...... Under Liška's direction the Bayerisches Staatsballett has toured to Russia, Hungary, Germany, Spain, India, Italy, Prague, Greece, Turkey, China, Taiwan, Austria, France and Oman.

In 2007 the Bavarian State Ministry awarded Liška with the medal for special earnings for Bavaria in a united Europe. In 2008, he received the Outstanding Contribution Prize for Cultural Exchange by the Chinese Ministry of Culture. On July 9, 2009, Bavarian prime minister Horst Seehofer awarded him with the Bavarian Order of Merit.

In February 2012, he was honoured with the German Dance Price for his world carrier as a dancer and his work as Artistic Director of the Bavarian State Ballett. In November 2012, Horst Seehofer awarded Ivan Liška the highest honor of the State of Bavaria: The Maximilian Order for outstanding achievements in arts sciences.

In 2010, together with Konstanze Vernon, and Jan Broeckx, Director of the Ballet-Academy Munich, Ivan Liška founded the Bayerisches Junior Ballett München (BJBM formerly Bayerisches Staatsballett II / Junior Company). In July 2013, he was officially appointed head of Heinz-Bosl-Foundation and is also the Director of the Bavarian State Ballet II.